Back to top
Skip to main content
HomeAbout Us
Far-travelled guests will nowhere get closer to the Viennese than in their coffeehouse. In fact, the famous Wiener Melange (coffeespeciality) also describes the very special mix of coffeehouse visitors. Opened on the occasion of the Universal Exhibition in 1873 and located in the former private residence of the Prince of Württemberg and today's Hotel Imperial, the Café Imperial Wien soon became the meeting place of Vienna's society.

No wonder, as apart from guests‘ choice of daily newspapers and magazines, special wishes or orders including the reservation of one's regular seat are taken care of by the waiter with utmost discretion. 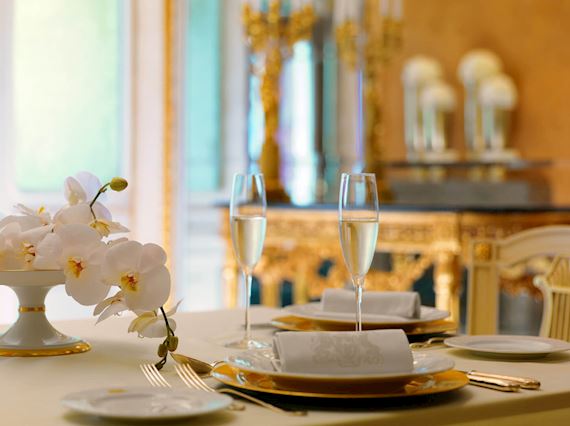 Culinary and musical experiences
at the legendary Hotel Imperial
The Café Imperial Wien has always celebrated the highest coffeehouse tradition, while the gourmet restaurant OPUS offers award-winning cuisine and gourmet delicacies. The 1873-HalleNsalon with its noble bar has established itself as a place of art or, like the Festsaal and Marmorsaal, serves as a backdrop for the Imperial Champagne Brunch.
View our Events